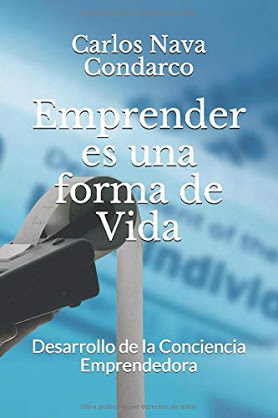 Each
one defines the nature and measure of what success
is in their life. But in all cases it is the product of an inductive process,
one that starts from the small until reaching

Success
is not a «great phenomenon» that appears suddenly in life. It is not
a fact that responds to chance, and it is seldom the result of chance.

Success is the
product of effort and sacrifice. Countless decisions, losses and
concessions, «sweat and tears.» Nothing costs a person more than to
achieve it. Because it summarizes his logos, victories, the meaning and purpose
of his life.

No
one can claim that they do not pursue success, it does not agree with human
nature. It is possible that there is no homogeneous criterion to determine what
success is or represents for everyone, but this is sought. From the conscious
dimension or from the energy that emerges from the subconscious.

The
search for success is a cry of the human Spirit. His short life on the planet
is a record of efforts to achieve it. Man is born destined for this task, he
lives trying to fulfill it and dies committed to the effort.

Now, classifying
success beyond its essential sense of victory or purpose fulfilled involves
something else.

It
is difficult for anyone to understand it outside of intimate personal
boundaries.

Sadly,
today it has become a «socially acceptable» premise to link success to
certain achievements or statuses. There is a kind of
«social court» that provides models and examples of what success is.
And he dares to establish concrete associations between himself and people or
things.

This
exercise can be called anything, but it is not an explanation of success. This
cannot be judged by third parties. The criterion that defines it is intimate,
completely personal.

The yardstick that measures a person’s success is his
exclusive property. And so it is also the shortest rod that exists, the least
pious.

No
one escapes to his own measure, but neither has the right to pass judgment on
others.

How
many people who have been «socially» recognized for their success
have ended their days feeling completely miserable? And on the other hand, how
many people inscribed in the deepest anonymity rest in the stillness and in the
heat of victory?

And is that Success is actually written with a
lowercase «e». If there is the great victory, the final triumph or
the grandiose success, this is nothing more than a delicate sum of successes
with a small “e”. Small achievements, concrete victories.

Now,
why is the measure of success on a small scale? Here is a simple but
transcendental answer: victory or the achievement that qualifies success is the product of
man’s triumph over himself.

There
is no more difficult battle than that which man fights with himself. There is
no more important undertaking or effort that pays better.

When
man overcomes his limitations, fears, impediments, frustrations, he meets
exactly the most demanding parameter of success. But given the magnitude of
these adversaries, victories are not summarized in big headlines, they are
measured in small achievements.

The man who accumulates small triumphs over himself,
protects and consolidates them, is firmly heading for victory.

This
fight lasts a lifetime. For those who seek success, the pause does not exist,
because it is, in reality, a fuel for failure.

For
some reason failure takes root within man himself. It is not found in
external factors.

Nor
is it, of course, the product of chance, fate or fate. Well be it so! Because
human beings have shown an admirable ability to overcome the elements, overcome
catastrophes and shape their destiny on earth. However, it is a defenseless
creature when it must face itself, it is vulnerable and incapable.

In
large part this is because people put themselves at a disadvantage by observing
and measuring challenges in their full magnitude.

Man makes a mistake when comparing the measure of his
success with the size of the adversity he faces, because that way it seems
distant and unattainable.

The
university student who fails to perform in his subjects rarely thinks that
success is probably found in the ability to get up an hour earlier each day.

The
office worker who does not receive a job promotion, little does he think that
success awaits him after a different disposition to go to work every day.
Without regret, wanting to do it one more time.

The
success of those who no longer want to smoke begins by quitting for half a day.
Then a full day and then two. At a certain point, that success with a small “e”
has become a great success (because that is how the winner must consider it).

The
success that the father wants is probably in the need to beat time and have the
necessary to pick up the child from school.

In
the turbulence that qualifies life, there will be few who say that little
remedies do not heal great ills. But here lies a fundamental error. Because as
long as success is not understood as «a small and transcendental
detail», it will be outside the ability of man to achieve it.

Success is actually a small detail. But do not forget
that important things are made of details! How the universe is made of atoms.

Once
a little success has been achieved, it is necessary to hold fast to victory.
And then continue the march in pursuit of a new one. When this process does not
stop, man reaches greater heights.

There
is no greater energy for the soul than the feeling of triumph and the taste of
victory. Nothing is more stimulating. When man knows victory he does
not stop in his eagerness to replicate it.

In
the same way, when victory is elusive because the struggle to achieve it is
enormous, the burden is hard on the soul.

It
takes a lot to think and understand the profound logic of the following: is
there a goal, no matter how ambitious, that is not made up of many elements?
Working on these elements is not also reached the whole? The larger the whole,
isn’t it more convenient to attack the components?

Well, why then deny yourself the possibility of attacking
problems in their small but vital
components?

One
by one, firmly. Consolidating one success after another. And if there are many
problems, then also attack them ONE by ONE, overcoming them consecutively. In
doing so, at some point the core structure of the problem gives way.

Never
has the fabulous oriental patience been so well exposed as in the adage that
«every journey of a thousand leagues begins with the first step.» How
can this logic be denied? How to ignore it? That first step is a first victory,
it is the first success. One that should be written with a lowercase
«e». But one without which nothing else exists.

Human
nature has shown the grandeur of the wood with which it is made. Man does not
feel like a weak creature in the face of the immensity of the universe that
houses him. There are few times that he has challenged him and has bent his
arm. He is actually weak when faced with himself. He underestimates the
destructive power that he has within him, he behaves proudly when he does not
know that the problem is in him. That is why success eludes him.

It is vital to do something different. Start that little
march after the hits with a small “e”.

On
the other hand, what can be lost? Well, if you don’t do something different,
you will only get more of the same as always.

(Subject taken from the book: «Entrepreneurship
is a way of life. Development of Entrepreneurial Awareness«) https://elstrategos.com/exito/&nbsp;